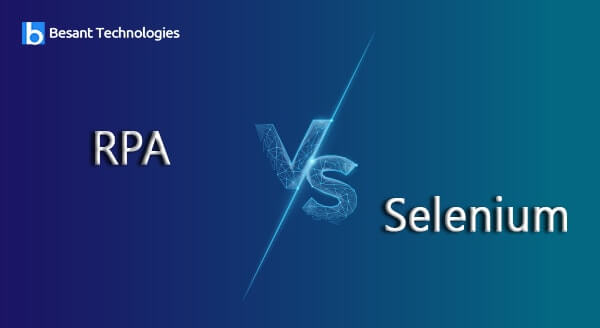 In today’s world, technology has reached an apex level and the tremendous growth of automation has added more wings to this transformation. From automating a simpler unit to whole business operation, technology has evolved to the fullest.

Computers have been evolving at a tremendous pace from their initial uses and role of as a storage and calculations device to electronic brain and control centers. This gave rise to an unimaginable level of tools and applications for different purposes and requirements.

RPA and Selenium are two distinct parts of the new age computer era that performs tasks that are completely distinct and yet related to one another. They depend on and influence each other in the end product or service achieved. Both are on and off-screen performers and an inevitable part of the computerization revolution wave across the globe.

In recent years, technology has reached higher heights and the development of automation added more advantages to these changes. It all started with the automation of easy unit test cases to the automation of the full business process. In this article, we will see the major differences between RPA and Selenium and the below topics will be discussed as part of this article.

What is Robotic process automation?

RPA –Standing short for Robotic Process Automation, is based on artificial intelligence and primarily used in applications that require repetitive action coordination. Recordkeeping, data analysis and most importantly jobs that require replicating a human action. Jobs that require complex calculations, accuracy, and precision are now being assigned to robots to get the task done efficiently. With a growing number of industrial and business segments relying on automation of their operations, RPA is at its full bloom in recent years from flying unmanned flights to complex surgeries on humans.

Robotic Process Automation (RPA) helps in automating repetitive tasks without using the human mind and power. This is a kind of technology that consists of software robots that can mimic a human worker. There are a lot of things that RPA bots can do such as entering data, logging into applications, accomplishing tasks and then log out.

RPA is not a part of the IT program of an organization in most cases due to the high cost involved. This, in turn, increases the cost of development as its not commercially high in demand it’s customized and developed for specific purposes.

RPA stands for Robotic Process Automation. It is an automation technology which helps to automate the repetitive tasks without the intervention of humans. RPA was formed with the perception of authorizing business users for making software bots which is able to interact with a system like a human. RPA came into the business from 3 main predecessors namely,

Screen scraping: It plays a vital role in the fields of data integration and data migration. It created a connection between legacy and the current system. It was a major component which is used to collect display data in one application, translating it thereby other application will display the data.

Workflow Automation: It means automating and executing the business process in which tasks are completed based on the set of predefined rules. This will help to design low code plans, less effort execution, optimization of workflow.

Artificial Intelligence: It is completely a different concept which deals with simulating the human intelligence of machines. It instructs the system to do all assigned tasks which the user needs to do. It helps in the development of business and industry transformation. Deep learning and Machine learning helps in implementing AI.

RPA is a combined form of Automation and Artificial intelligence. It is platform-independent. Some human actions like logging into the application, copy-paste the date, moving the folders or files, form filling, extraction of data from the documents are done by RPA bots.

Listed below are the features of using RPA.

When humans are assigned Jobs that are repetitive and uniform in nature there is a big element of boredom involved which decreases productivity and adds chances of error. These are the areas where RPA comes into play where artificial intelligence performs the task flawlessly in high volumes. This includes data analyzing.

When machines are assigned with the boring part of the job, the saved human hours can be used more efficiently in monitoring and areas of the job that would require out of the box thinking and creativity which is an incapability of machines.

Most businesses cannot afford RPA due to the high cost that is involved in developing and applying hence it is popular only among the big investors and hence not a part of the general gadgets of a company.

Selenium is a free testing suite that is quite similar to HP Quick Test Pro and emphasis mainly on automating web-based applications. Selenium as an automation tool was developed by Thoughtworks in early 2000. it was developed through various languages eventually when in 2006, under Simon Stewart reworked and left behind the initial advantages. The finally developed Selenium Web driver was achieved by merging Web driver and Selenium remote control.

Selenium, in other words, is a set of different software tools that helps support test automation. Having observed that there a lot of Selenium Quality Analyst engineers primarily emphasis focus on one or two tools that can carry out their objectives perfectly. However, when you have knowledge of all the tools, it will provide you with a multitude of options for approaching different test automation problems.

Selenium being a tool for testing web applications serves a completely different purpose as opposed to that of Robotic process automation which is more about, with ever-growing popularity among automated testing developers and professionals who had been traditionally using manual testing tools. The function is also to provide a language that is specific test domain for test in popular languages in programming like java, scala and more.

Selenium is a free open source automation testing tool which is used for testing web applications in different platforms and browsers. It is the top-level technology for web application testing. Selenium components are mainly classified into 4 divisions. They are

Selenium is popular among developers and programmers due to many key features and this popularity not expected to be replaced or overtaken by another in the near feature. The following are some of the features

Being a free service that supports a large number of testing functions, selenium is more popular than ever.  Not being charged for the test functions is a key feature that propels selenium.

With the backing of some of the largest browsers selenium is soon to be more renowned and take its own permanent space in the native part of a browser.

Though  Selenium comes with its own scripts is not limited by language and gives the testers flexibility of using including groovy, Perl, Python, Ruby, Java, c#, Perl, Python, etc. This is one of the main reasons for the rising popularity among users.

Add on and Usability

The access and support from various browsers mean that Selenium is sometimes blamed as a not fully functional as it depends on third party frameworks for the ad on. This is a subject of debate as it also gives the flexibility of going by the style and approach of the programmer.

Combination of Tool and DSL

There is no arguing with the fact that Selenium is an absolute combination of tools and Domain Specific Language that help execute special kinds of various types of tests. In addition, you can even record the tests carried out through the browser. It supports multiple web browsers like Chrome, Internet Explorer, Firefox, Safari, etc.

Uses a Rich Language for Tests

To test web applications, Selenium uses DSL in order. This is an easy programming language to learn and includes more than 200 commands.

Once you are done preparing the test cases, they can be executed on any operating system like Linux, Macintosh, etc.

When compared to its competitors like UFT, and RFT, Selenium requires lesser resources.

Similarities between Selenium and RPA

Though the features and functions actioned by both Selenium and RPA are different they do cross paths and share the job of making the management or process of business smoothly and tackling situations like eliminating human error, repetitive and boring tasks being made more efficient. Both are production data-driven and have a structured and rule-based flow.

Both RPA and Selenium are necessary to support each other for an error-free functioning of the established project.

Differences between RPA and Test automation

A major difference is that RPA, unlike Test automation, performs in the front line of the business in the visible spectrum while the latter is more of a player behind the screen who manages the show without taking much of the visible credits. This sometimes creates a situation where the effort, time and skill involved in the testing area is often under-appreciated or overlooked. Though this does create a dig in the mind of the programmers not being credited for the efforts against the installation of RPA often over appreciated.

Most automation tools don’t match the requirement of an establishment due to the lack of features to supervise and audit trials, whereas in most cases test automation ignites RPA projects as they open up new doors of opportunities of automation potentials. This is important as the long term investment in automation is huge and often time-consuming hence to justify the effort such strategies are necessary.

The major difference between RPA and Selenium

Below factors are used to compare RPA and Selenium:

What does RPA and Selenium tools will automate?

Where automation will take place.

Tools are paid or open-sourced?

The automation level of RPA and Selenium

The life cycle of RPA consists of the following steps, namely 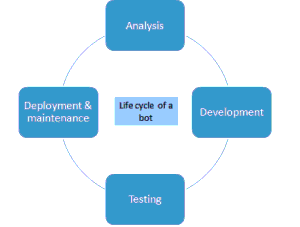 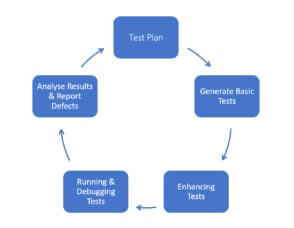 Coding knowledge- Required or not?

Here is how RPA is different from Selenium

Comparing both the software’s, their functions we can conclude that they are both designed to perform two distinct functions. They are not in competition with each other but two very important aspects of the software that depend on each other for achieving the desired result. The generally seen comparison across the two doesn’t stand . We can also understand that testing software’s are necessary tool all across the operation of an organization hence it’s a daily tool and cost-effective and amendable to updates wherever required whereas an RPA  is more specific to the industrial requirements and not just in the initial stage but right across the implementation of the automation system many global factors like the lack of desired skills, employee turnover and requirement of higher volume of products and services are driving full-scale automation of sectors of business that were traditionally manpower dominated. The future definitely looks bright for the combination.