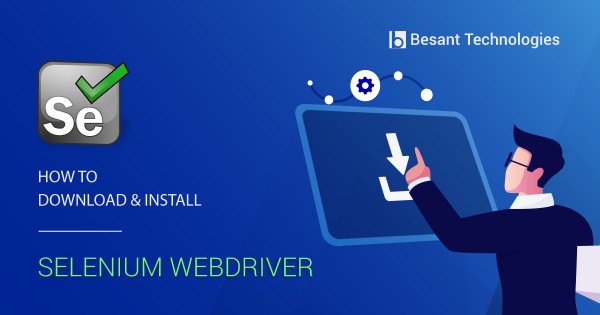 Selenium WebDriver: What is it?

All You Need to Know About Selenium WebDrivers!

One of the top web-based automation testing frameworks used by developers as of late is Selenium WebDriver. It lets programmers test the pages launched on different operating systems and web browsers. As of late, there are different Selenium WebDriver tutorial available on the internet that informs individuals as to how to write test scripts on several programming languages like Python, C#, Ruby, Perl, Java, JavaScript, and PHP. Are you aware of Selenium WebDriver’s default browser? Well, it is Mozilla Firefox!

This path-breaking technology came up as Selenium v1 and Selenium 2.0 comprised of merely IDE, Grid and RC. A major digression from this came up when WebDriver was introduced to replace Selenium v2. As a result of the release of v3, RC has been shifted to a legacy package. Individuals vouching for it can still download it, but cannot expect any results from the same.

Selenium – What this tool is about

What makes Selenium preferred over other similar tools?

Web application testing can be done by using a multitude of tools available for the same. However, most software developers and testers across the globe prefer Selenium for the high-end features of a wide range it offers.

It is not just confined to a particular web browser or software platform. With Selenium, you can test web applications on any browser and any platform.

Any user with knowledge of HP QTP can work with ease on Selenium. The basic functional difference between Selenium and QTP is that Selenium caters only to the needs of Web Application testing.

Selenium is just not a single tool for web testing; it is a package of four key components that makes it a comprehensive tool that suits various testing needs of any organization.

Unlike QTP which is a registered version, Selenium is an open source and free to use without any constraints. This makes it easier to learn and explore its features.’

Advantages of WebDriver, when compared to RC, are:

As we discussed already, Selenium is not a web testing tool alone. It comprises four key components that make it highly suitable for varied purposes of web applications:

In this post, let us talk about Selenium Web Driver and how to start your journey with it.

Selenium WebDriver is the latest addition to the Selenium package. In fact, we can say that Selenium 2.0 is nothing but Selenium 1.0 version fortified with Web Driver. The version 2.0 has also solved critical limitations of version 1.x. A user will also not face the Single Host Origin Policy issue that they face with its earlier versions. Besides, WebDriver is an Object Oriented API that is compact than Selenium 1.0.

Selenium 2 is alternatively termed as “WebDriver” too, as WebDriver is the key interface that contains many implementing classes such as ChromeDriver, FirefoxDriver, HtmlUnitDriver, etc.

To start your journey with Selenium, it is beneficial if you have a working knowledge of Java, though it is not mandatory.

You can start exploring Selenium with the help of any programming language you have knowledge on. Most experts say java knowledge helps because it finds huge acceptance and a wide range of help communities.

Besides, HTML knowledge too is needed to learn Selenium with ease. It will be an added advantage if the learner has an idea of text-box, radio buttons check-boxes and the tags associated, etc.

We have already understood that ease of use is one of the key aspects of Selenium that made it widely acceptable for web application testing. You need to simply download the jar files from Selenium Downloads in the downloads page of the official Selenium page.

While installation, you should choose a language for writing scripts, so opt for something you have hands on experience with and begin your learning with Selenium. Double check the version name and number before installation so that you don’t have to keep on updating later on very frequently.

We are sure you got an overall picture of what Selenium is all about and what WebDriver is. In our upcoming posts, we will discuss in detail about Selenium IDE and other advanced features of Selenium. Stay Tuned!

Upon a Selenium WebDriver download, you will automatically notice that it supports a diverse range of web browsers like Mozilla Firefox, Opera, Internet Explorer, Google Chrome, HTML unit, Android drivers and iPhone drivers. When individuals come across different Selenium WebDriver tutorials, they will notice that some of the limitations imposed by Selenium IDE like the inability to support conditional statements, iterations and test script dependency is not the case with Selenium WebDriver.

Amongst the other tools of the Selenium suite, the WebDriver is the fastest. In this, there is no hindrance when it comes to communication as there is no external intervention of any kind whatsoever. Selenium WebDrivers provide developers with myriad solutions with regards to automation testing like:

Not only this, but a Selenium Web Drivers allows the user to perform web mobile-based testing. It gives users essential drivers like Android Driver and iPhone drivers for performing web-based testing.

Once a user has decided that he wishes to have a web driver he can follow the steps mentioned below to download Selenium WebDriver.

Step 1: Download and install the Java Software Development Kit (JDK) on your system. This comes with a Java Runtime Environment hence, users can avoid downloading the same individually. Once it’s installed, users need to open command and prompt and type “Java”.

Step 2: Users now need to download Eclipse IDE for Java Developers. Launch Eclipse IDE on the system, to begin with, the process of Selenium WebDriver download.

Step 3: Users now need to download Selenium Java Client Driver online. While doing this, client drivers will be found for different programming languages, but users need to keep it in mind to select the one that caters specifically to Java language.

Step 4: After doing the step mentioned above, users need to configure Eclipse IDE with a webDriver. Keep it in mind to select a default location as the workspace asked for.

Step 5: Enter the details asked for and click the OK button. Users now need to select a new package and name it as a new package. Select finish upon doing so. Now, users can now create a new java class under a new package.

Step 6: Users are now required to create a class having Selenium WebDriver into a java build path. After that, they need to add external JARS on the same. New files that need to be added must be selected by the user. Add files in the lib folder and click “okay”.

Step 7: As a late step to download a selenium WebDriver, users need to just click okay and selenium libraries will be imported into the new project.

Once users get familiar with the Selenium WebDriver, they will have many advantages. They can easily learn to build test suites without any hassles. When the features of the AUT are in constant flux, Selenium WebDriver gives the users maintenance and extensibility.