Home Blogs General What is Selenium? 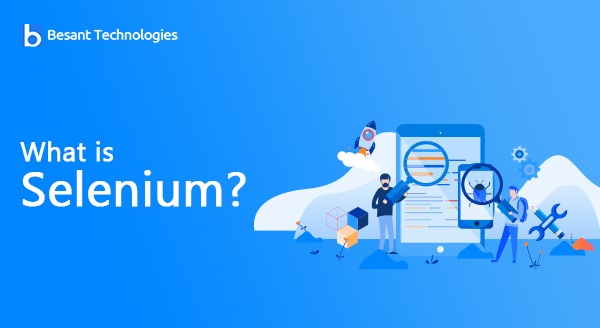 Nowadays, people are emphasizing on software applications that are developed with a view to easing the life. Each one is unique and is created to run in internet browsers. While using it, if the user finds some error, it will definitely affect the usage. In this extra polished era, each application is supposed to test with the best tools. Selenium is one such amazing tool. It was first framed in the year of 2004 by Jason Huggins by developing a javascript library that interacts with the pages and tests automatically. This library then evolved into the Selenium core. It acts as the underlying foundation for RC and IDE. It allows users to choose their own language which is not possible in other tools.

What is selenium and how it works?

In 2006, Simon Stewart, who is an engineer in Google started working on the project; WebDriver. It solved many problems that were meant with the Selenium. 2008 was the golden break for both Selenium and WebDriver. These two inventions merge together to create an automation tool that works under the same conditions.

Selenium can be defined as an open source automation tool that can be used to test the online browser applications. There are many such tools that can be used to perform the same, but Selenium presides over every tool because of its high speed and efficiency rate. At the beginning of testing, almost all companies tried manual testing, which can make a less efficient error report. Also, the report changes from tester to tester, since the developer and tester may have different project ideas. Now also many companies are following this pattern because of the lack of excellent automation testers.

What type of testing can be done using selenium?

Before going to the deeper sessions of Selenium let’s have a look on to the major advantages of this automation tool. It can be numbered as:

Coming back to the deeper portion of Selenium, we can find several tools that are clubbed to form the complete automation framework. If you have a thorough knowledge of all these tools, then you can test any applications without much difficulty. One of the greatest achievements is that we can try UI testing using Selenium and also it can be done on various internet browsers.

As we discussed earlier, we are aware that Selenium is composed of different tools which are:

Selenium 1 is a testing framework that uses linear equations. It uses programming languages such as Java, C++, Python, Ruby, PERL, and PHP. When Selenium 2 has emerged, this existing tool was no longer used. The browsers like Firefox 3, 2, 3.x are supported by Selenium 1. Safari 2,3,4 and Opera 8,9,10 are also supported.

Selenium 2 sends the report directly to the web browsers and will take the results. It has got some attractive features like object-oriented API and increased flexibility. It supports the browsers like Chrome, Safari, Opera, HtmlUnit, Android, Ios, phantomjs, Firefox.

Selenium IDE is a prototyping tool that creates tests scripts. It can be used as plugins in Chrome and Firefox which makes it easier to use. It records every user actions (workflow) that can be used in later stages of testing.

Selenium Grid is an advanced version which allows simultaneous execution of an application in different browsers to find the least running time. One of the main advantages of using this grid is that it divides the total test suite to work in different machines at the same time.

Selenium is very flexible and we can add more functionality to the framework to create changes to the automation. This advantage cannot be seen in another tool. The extensibility factor allows the tester to create their own versions to get high performance.

Apart from these advantages, there are some demerits that should consider. Selenium supports only web-based applications. If you developed any windows application, this won’t work. As there is no IDE, the script development won’t be faster. Using Selenium, we cannot create a default report.