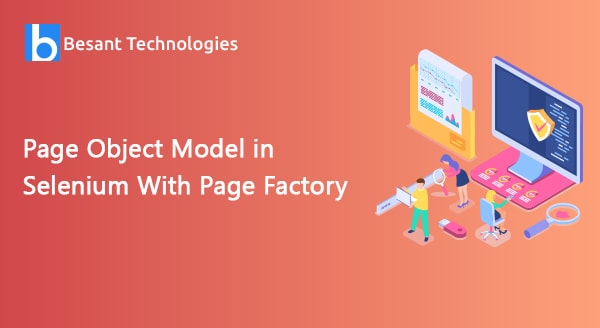 Before, going through PageObjectModel(POM) and PageFactory, Let’s see how would a normal selenium WebDriver Scripts look like,

If you notice the highlighted lines in the above image, you could see the Identifiers are described in the Scripts.

How this would be the trouble?

If you have to maintain 10K lines or more, this would be a tedious process. And there can be a chance for error too. To avoid those we can have page Factory and POM implemented in our project. This would ease our effort to maintain Object properties.

As the name suggests, Each of our pages can be considered as a java class, wherein I can have the elements(object properties) stored. This class can be used in our test scripts to identify objects. Moreover, this looks like Divide and conquer algorithm. Let’s have this Page object model with an Example 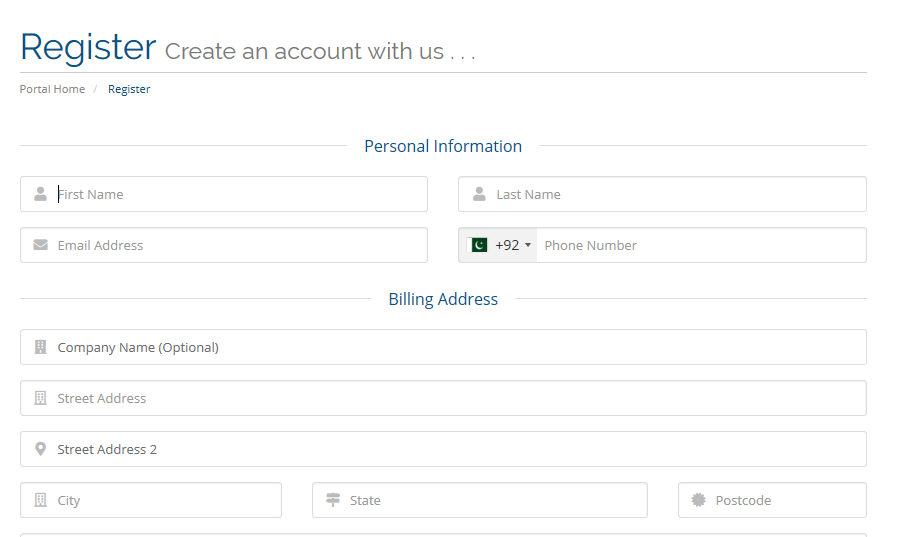 For the above registration, we can have a class to be written with which has the object properties stored as Instance Variables and Methods associated with the page, which would like below.

The Black Box as above is the object Properties stored as Instance Variables And a method(DialCodeAttr) that is associated with that particular page is also given inside that class. Additionally, did you notice the above code? A Constructor is defined to initialize a reference to the receiving WebDriver instance. Now the above can be implemented  like,

Creating an Instance of the Registration Class:

Now we can utilize the objects of the webpage using the Instance variable.

Explanation of the above Example:

Now Obj will be having access to the Instance Variables (nothing but the elements), So using this We can have code structured and less effort for Maintenance.

Page factory is another advanced Concept implemented with POM. We have two important things to be added with POM which makes it be a page factory.

The Instance Variables that we created in the above examples can be surrounded by the @FindBy annotation. This Annotation helps with an efficient way to capture objects. 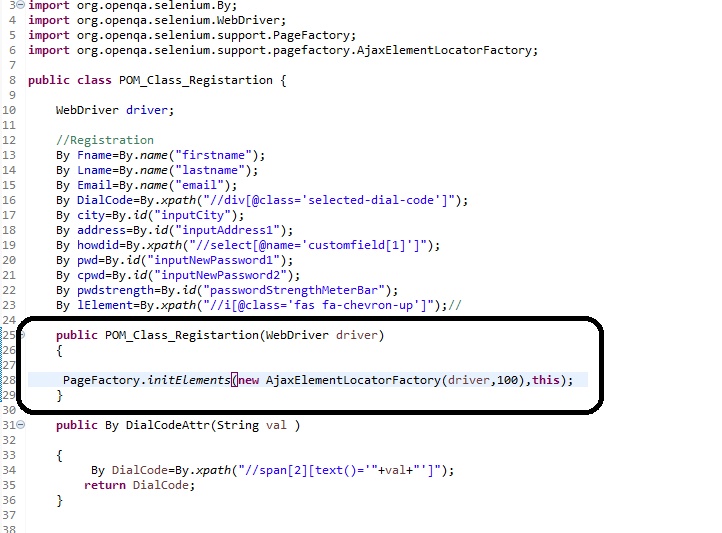 Above highlighted which is a constructor, which in turn would call an object of AjaxElementFactory for loading the objects. There is an inbuilt capability for this method to load only when the object is called/used.This makes the most efficient way to use the framework. Hereby we have discussed the ways about implementing PageObjectModel and PageFactory in our project.