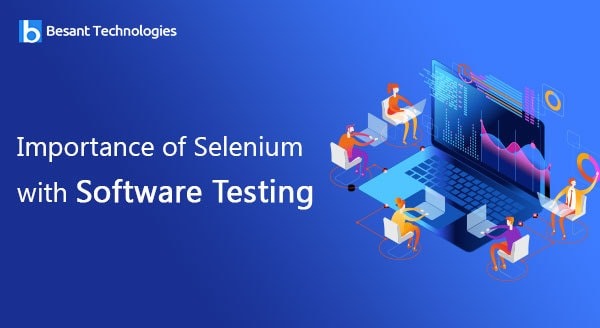 Importance of Selenium with Software Testing

Selenium is an important testing tool for software quality assurance. In recent days number of websites are increasing rapidly and it becomes essential to test the websites against various quality factors to make sure it meets the expected quality goals.

Selenium is a freely available testing tool available in market to test web based applications to measure the performance. The main feature of the Selenium tool is the testing capability across different browsers and operating systems. The major four components of Selenium is Selenium IDE, Selenium RC, WebDriver and Selenium Grid.

What makes Selenium performs better than any other testing tool in the market, let’s have a look at the reasons behind and history.

In the year 2004, Jason Huggins developed the Selenium testing tool. In order to perform the frequent and repetitive testing against web applications he developed a Java Script which is later named as Selenium. The former name of the program is “Java Script Test runner”.

Several companies are spending a lot of bucks for the testing tool while Selenium is available completely free for the performance test. The open source tool is well known for its unlimited capabilities and unlimited reach.

If you are using a paid tool the actions are limited whereas the upgraded version could perform the desired action. Selenium stands out from the crowd in this aspect. Anyone could visit the Selenium website and download the latest version and use it. It is not only an open source but also highly modifiable. Testers could makes changes based upon their needs and requirements.

The above mentioned features makes it more feasible among the companies are they are looking out for skilled Selenium testers. Selenium Training in Chennai is becoming more prominent by this fact. Selenium training is also become common in the testing environment. If you are proficient in Selenium usage and for sure you can play around testing.

How can you learn Selenium