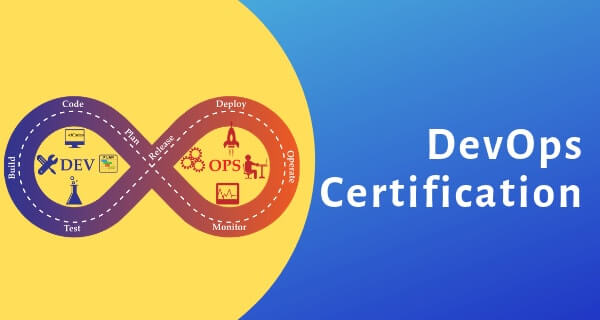 What is DevOps Certification?

DevOps position requires candidates with Degree in computer science or related field that covers Coding, Testing, Administration and IT infrastructure.

Any Developer or Tester or Administrator or any IT professional can do this certification, but mostly suits below mentioned Job profiles:

DevOps Process can be implemented through below mentioned methodologies

In this form of working the framework, development, testing, and deployment are handled by different teams. Once the development is completed the code will be moved for testing, in case if any faults or defects are found in the code then the entire code will be reverted back to the developers, where they fix the defects and send it for testing again, this process continues till the code passes the testing criteria. After that code is handed over to operation team where they deploy and manage the code.

Development – testing – deployment, here work is done completely (i.e. project wise). In case mean while when the project is in progress and the customer/Product owner changes their requirement it will be a waste of valuable time and effort as this tedious process is supposed to be repeated for end product. As work is handled by different team’s, time to produce the end product is more. In current competition if the product life cycle time is more, then by the time it comes to production it can become obsolete/useless. To overcome this organizations are adapting the more efficient methodologies like Agile.

In this Framework there are no separate teams such as developers, testers or operation, all the work is handled by single team called as Scrum. It contains development team. Scrum masterwork is divided into small chunks called as features ,once the requirement is given to the team , product owner is not involved in day to day work of scrum team. Scrum master work is to facilitate the team with scheduling meetings or resolving any roadblocks which the team may be facing, team will commit that amount of work that it going to finish in period of Sprint(example: Two weeks)team may reject any additional work asked by Product owner during the particular sprint.

Once the work is complete, team will give the demo to Product owner. If the developed product is accepted then the team gets to move on to the next feature to be developed. By doing this team will be in a position to adapt any changes or new features during work. To facilitate this, the development team (Engineers) should be able to handle the different deployment cycle such as developing, testing and deploying. this is called as Devops which works in background of agile methodologies for it success.

Devops- It is a method or framework which helps shorten the development to production time, in devops each member will be able to do development, testing and deployments as per requirement.

As team member is capable of handling any part of work, it will reduce the dependencies on each other in the team.

For example: Team member A is working on x part of feature, then team member can work on the y part. If member A is done with x , he can start testing y if he finds the issue he can fix it himself and push it for a deployment( peer review is important as it will reduce the mistakes).

As work is converted into small chunks issues in requirement or code can be found in early stages and team can adapt to any feature changes without much damage. And since team will be taking continuous feedback after each feature Customer/Product owner is aware of the development work and spot any error in description of features.

Besant Technologies is here to help you grab the opportunity to get knowledge about the DevOps training and to get certified in the course in order you get to swim along the big whales in the ocean.