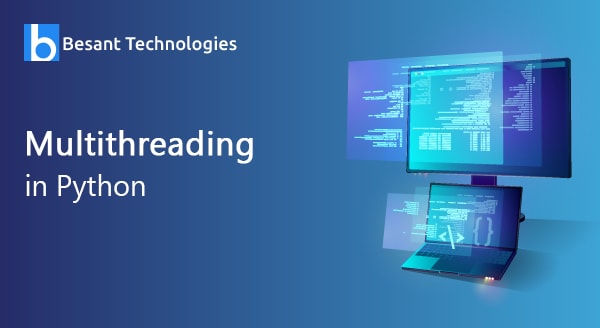 In general, Multitasking is called as performing multiple tasks simultaneously or parallel. In technical is an Operating System can perform multiple or different tasks at a time. For example, we listen to the songs also downloading and surfing something in a browser simultaneously. All the tasks will be performed by the OS in parallel. This is used to save time and also productivity.

In general, we have two types of multitasking in the OS.

In this tutorial, we discuss the thread-based multitasking.

Thread is a sequential flow of control to run the process. A single process can also have multiple threads. And each thread will do the particular task. For Example, if suppose you are playing a cricket game EA in PC. In that game, the application will consider the single process but it will run the different threads at a time like getting the input from the user, given the sound for commentary, moving the players according to the game playing. All these threads are running synchronously in the single process. And also all these will consider as a thread and perform the particular task in the same application.

When to use multithreading in python?

Multithreading is a very useful and important process for improving the performance of the application based on the time-saving. But it’s not used in all situations. Because it will be used in dependency between the threads.

In the previous example, EA in that commentary and players moving threads are independent threads. So these are running independently based on the other inputs. So they are not dependent on other threads.

How to achieve multithreading in python?

It achieved in python using module threading. You need to import it.

Before using this module we also install an anaconda environment using the following installation command.

After installing the anaconda environment. We need to import the following modules in a program for implement the threading process.

In python, threads are creating in the following ways.

In python, we can able to create the thread without creating a class that is possible.

Name of the Executing thread: MainThread

In this way, the subclass will inherit the superclass called thread class. Also, the subclass can create some sub-threads to perform a task. It also only able to override the methods __init__() and run() to executing the threads. Other life cycle methods are not allowed to override.

In this example, we implement creating the thread without inheriting thread class.  Here we create a class with the method called my_func() and run the sub-threads also call the main thread in the last statement.

In the following examples, we understand the execution of the process based on with and without using multithreading in python.

In this example, we are not using any threading concepts for execution. Here this program will take the execution time as 16 secs for a round of.

Now we use the same example with the multithreading concept.

In this example, we reduce the response time of the previous example as 9 secs round. This is the advantage of implementing multithreading in programs.