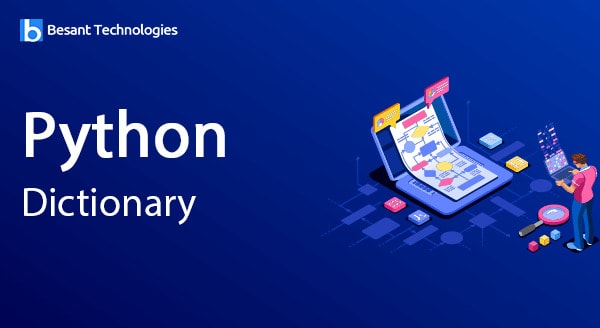 Of all the built-in Python data types, the dictionary is easily the most interesting one. It’s the only standard mapping type, and it is the backbone of every Python object.

Have you noticed those double equals? The assignment is done with one equal, while to check whether an object is the same as another one (or five in one go, in this case), we use double equals. There is also another way to compare objects, which involves the is operator and checks whether the two objects are the same (if they have the same ID, not just the value), but unless you have a good reason to use it, you should use the double equals instead. In the preceding code, I also used one nice function: zip. It is named after the real-life zip, which glues together two things taking one element from each at a time.

Let me show you an example:

In the preceding example, I have created the same list in two different ways, one more explicit, and the other a little bit more Pythonic. Forget for a moment that I had to wrap the list constructor around the zip call (the reason is that zip returns an iterator, not a list, so if I want to see the result I need to exhaust that iterator into something—a list in this case), and concentrate on the result.

See how zip has coupled the first elements of its two arguments together, then the second ones, then the third ones, and so on and so forth? Take a look at your pants (or at your purse, if you’re a lady) and you’ll see the same behavior in your actual zip. But let’s go back to dictionaries and see how many wonderful methods they expose for allowing us to manipulate them as we want.

Let’s start with the basic operations:

Watch as the access keys of a dictionary is done through  square bracket regardless of the type of operation.

According to the Python documentation: “Keys and values are iterated over in an arbitrary order which is non-random, varies across Python implementations, and depends on the dictionary’s history of insertions and deletions. If keys, values and items views are iterated over with no intervening modifications to the dictionary, the order of items will directly correspond.”

let’s put all this down into code:

There are a few things to notice in the preceding code. First, notice how we’re creating a dictionary by iterating over the zipped version of the string ‘hello’ and the list [0, 1, 2, 3, 4]. The string ‘hello’ has two ‘l’characters inside, and they are paired up with the values 2 and 3 by the zip function. Notice how in the dictionary, the second occurrence of the ‘l’ key (the one with value 3), overwrites the first one (the one with value 2). Another thing to notice is that when asking for any view, the original order is now preserved, while before Version 3.6 there was no guarantee of that.

We’ll see how these views are fundamental tools when we talk about iterating over collections. Let’s take a look now at some other methods exposed by Python’s dictionaries; there’s plenty of them and they are very useful:

All these methods are quite simple to understand, but it’s worth talking about that None, for a moment. Every function in Python returns None unless the return statement is explicitly used to return something else, but we’ll see this when we explore functions. None is frequently used to represent the absence of a value, and it is quite commonly used as a default value for arguments in the function declaration. Some inexperienced coders sometimes write code that returns either False or None.

One last method I really like about dictionaries is set to default. It behaves like getting but also sets the key with the given value if it is not there.