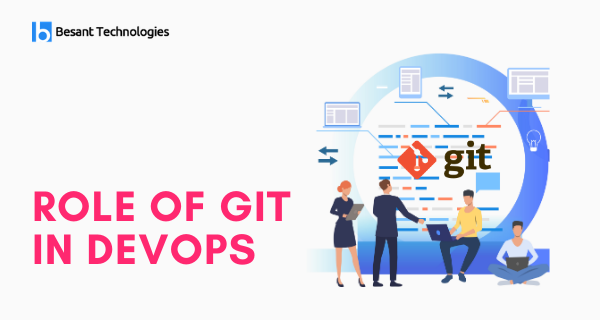 Role of GIT in DevOps

Role of GIT in DevOps

Git is an essential part of DevOps. It’s a distributed version control system that enables non-linear workflows in a distributed way by offering data assurance to develop first-quality software.

Let’s assume there are three developers A, B, and C doing the same project. They work in isolation and saving the files in a shared folder. Developer A has made a few changes to a file. Similarly, developers B and C are also making a few changes to the same data. In the end, when they merge the works they produced, there will be more conflicts.

In case of having version control system tools like GIT, it provides you a shared workspace to the developers. Each of them gets notified when other developers make some changes to the folder. So with GIT, the collaboration is availed between the developers. Visualizing the work is also made easier for developers. It means you save a lot of time and work.

As a whole, GIT is a tool that helps to do all kinds of version control system tasks. GIT plays a vital role in code management that the collaborators deliver to the shared repository (data space where you save your files). The code is now extracted to perform continuous integration, created, and then tested on the server, then deployed in the products.

GIT, as a useful distributed version control system tool, helps the communication between the operation team and the development easier. Communication in Version Control is critical to succeeding in DevOps, and therefore GIT tool plays an active role in succeeding at DevOps.

GIT is more prevalent when compared to other distributed version control tools like Concurrent Version Systems (CVS), Apache Subversion (SVN), and Mercurial. Some of the top companies that make use of GIT Version control are Yahoo, Quora, eBay, Microsoft, Facebook, Zynga, Twitter, Salesforce, and many more.

Why is GIT preferred over other distributed version control tools?

Every people (user) have their repository data copy stored locally.

Every task in GIT can be done any number of times.

Every developer’s working directory can be found in the same branch.

It’s open-source and free as it’s released under GPL’s license.

Records every change that is made to a file.

The speed provided by the GIT tool is lightning quick when compared to other version control tools.

There are no chances for changes to be made without GIT recording them.

Difference Between GIT and SVN