Home Blogs General What is the Main Function in Python and how to use it? 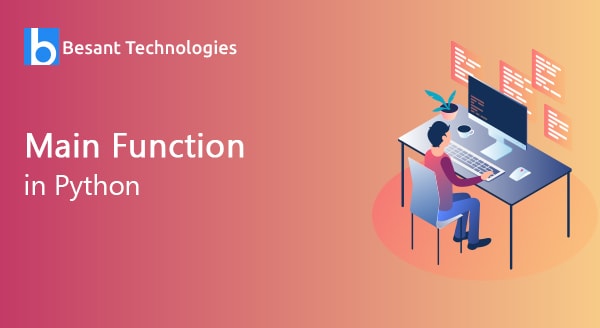 What is the Main Function in Python and how to use it?

In the above program which is defined to be two lines of print function which is “Hello Python..!” and one more line of print code is “Besant Technology” which is done by a conditional statement of the above example of python main function.

Because the Conditional statement is not implemented in the above program so the “Hello Python..!” is not displayed at the console and the interpreter is finding the source file of the __name__ and the value to a __main__. Then it will be executed when we declared a __name__ as special variable and __main__ as to be python main function.

When we execute the main function which will execute by the conditional statement by if statement and it checks whether the special variable is equal to python main function then it executes the following statements.

Executed in IDLE and Output

In the below python code as an example, which is defined to be a function called “Besant_Technology“, which will be storing the string value in the variable “course” also it is stored in the method variable to be a “BT” the output shown below: 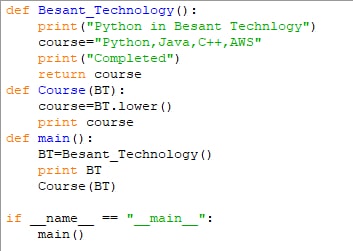