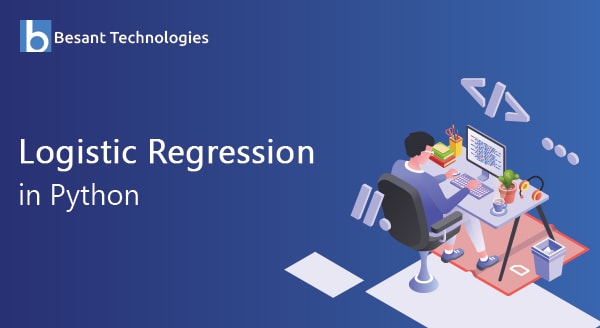 What do you mean by Regression?

A robust statistical analytic technique is regression analysis. The dependent variables of your interest predict the value of the independent variables in the data set. You will be able to notice the use of Regression across you every time in a unique way. One example can be the weather prediction. You can make use of the data set of the past weather conditions and predict the current weather.

Regression makes use of several techniques to identify and predict the result, but the attention is focused on the relationship between the one or more independent variable and dependent variable.

The predicts using Logistic regressions are delivered through the binary variables, and this variable has the chance for two viable results.

As discussed earlier, the Logistic Regression in Python is a powerful technique to identify the data set, which holds one or more independent variables and dependent variables to predict the result in the means of the binary variable with two possible outcomes.

A sigmoid curve or function is used to predict the absolute value. The outcome, i.e., wins, or loss is decided based on the threshold value. Let’s check out the equation of the Linear Regression in Python below.

In the above Linear Regression equation,

We apply the above sigmoid function p = 1 / 1 + e-y on the equation of linear aggression.

There are several types of logistic Regression in Python namely

What is the difference between Linear and Logistic Regression?

Use Cases of Logistic Regression:

Below are some of the uses cases of Logistic regression in Python.

It’s easy to predict the disease of the patients, whether it’s positive or negative, in any complex cases with the help of the logical regression. It makes use of the past medical history of the patients to determine patient illness.

Let’s develop a prediction model with the help of logical regression in Python with the previous datasets.

The primary step for executing logical regression is data collection. We are now going to make use of the pandas to load the CSV file, which holds the data sets to the programs. We are going to develop a prediction model using the NBA data so that it’s easy to identify the relationship between the general data and predict the away game or home game possibilities.

If you use the above code, you will get every data into a format that can be read easier. The next step is to find out what are the independent and dependent variables available for your model.

The datasets are altered based on the targeted variables. We are now going to delete all the string values and null values from the DataFrame.

We are making use of the below query to do it.

We are also going to check the values which are not needed to develop the prediction model, the null values as well as other irrelevant data. In case if we find no null values present in the dataset NBA, then we will go forward for data splitting.

The confusion matrix denotes the table that explains the prediction model’s performance. It holds the predicted values as well as the actual values. We can make use of these values to determine the model’s accuracy score.

I hope the above tutorial provided a clear understanding of the Logic Regression in Python. If you have any queries regarding the topic, ask us in the comment section below.