Home Blogs General How to Input a List in Python? 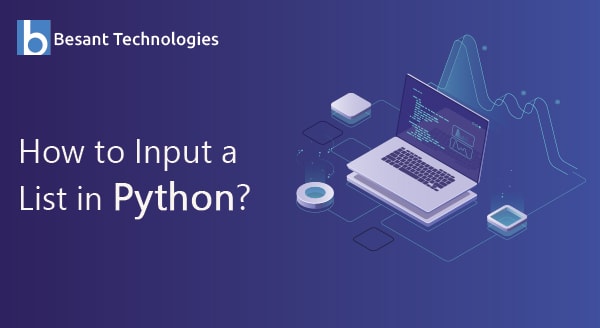 If you are using python, then sometimes you need to take a list as an input. In this article, we have a look on how to input a list in python.

Apart from this, we will also have a look at:

The list is one of the data structure in python. It is basically a collection of certain items.  These items are separated by the comma (,) and the list is enclosed with the square brackets().

In python, to accept the inputs from the user, you can use input() function. Using this function, you can accept a string, integer or even a single character. However, each type of input requires a different approach.

Let’s have a look at each type of input.

How to accept a number list as an input?

In python, we user can give a number list as an input.

Now, let us understand how this program works:

Next is, let us have a look at accepting the string list as an input.

How to accept a string list as an input?

Let me explain the program first: