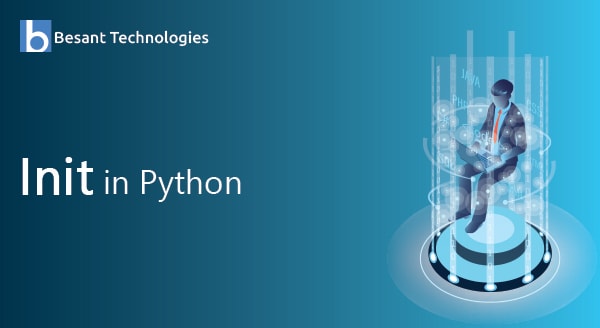 “__init__” is defined as an object of an In-build method in the class of python. __init__  method is also defined as to be an object-oriented concept (Oop’s) of a constructor and also it is created from the python’s class and it is allowing the class to be initialized the attributes of classes and __init__method  is defined by an object.

A class is a group of variables, methods, In-build function of set the indifferent category of elements also can called as a class in Python is to be a blueprint of exact behavior for the individual objects with different or same.

An object is one of the instances of a class and their methods and it can be performed by the functions which is to be defined as in the python class.

Let’s consider an example for __init__ which will be that you are creating a school database. for that, we could behave, students, details. Students  is an attributes like to be “subjects”, “name”, “age” ,”address”. and the methods like be “marks”, “absent”, “present”, “rank” etc.

then, the keyword “self”  is representing the instance of the student class. It also to be binds of the many attributes with arguments of parsing the given value. The use of “self” is to be a class to be accessing the multiple methods and their attributes of arguments.

One more example Find out the volume of a cylinder field with height(h=150), radius(r=100).