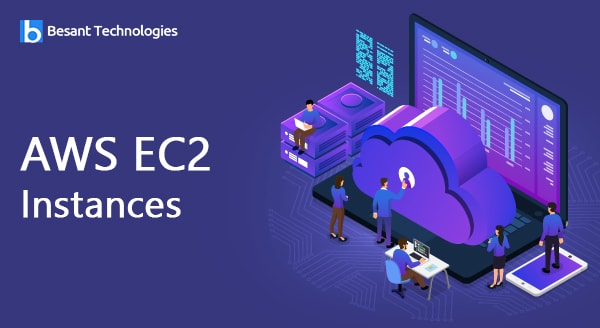 This is very tough to decide how much computing power one needs for an application to launch. There could be two scenarios either they are overestimated or underestimated in a few cases that may lead to application crash later. In this blog for the AWS EC2 instance type, we will discuss the key concepts related to AWS and different types of instances related to the EC2. Let us first learn what is AWS EC2 before we actually discuss on instance types.

Amazon web service- Elastic Compute cloud is a simple and mostly used web service among the AWS service. It is a web-based interface and offers secure and scalable compute capacity within the Amazon Web service cloud. EC2 provides the user to control computing resources and helps the user to run on the best computing environment.

It is generally is a web service offered by Amazon and it also gives resizable compute services in the cloud. You must be wondering how are they re-sizable actually? Well, they are considered re-sizable because this is possible scaling up or scaling down the total number of server instances that you are using whenever the computing requirement changes.

It decreases the amount of time needed to boot server objects to minutes and allows users to sell capacity as per users’ change in computing requirements. EC2 server instances can be introduced to more geographical regions or locations, and availability zones(AZs). Amazon EC2 service provides tools to developers to program failure tolerance applications and remote themselves from failure situations.

By using AWS EC2 helps users to avoid the investment in hardware up front, so the user can deploy and develop applications easier. It is used to launch many virtual servers, configure networking and security, and managing storage.

Learn AWS from the Basic to Advanced Level with Hands-on Training, Placements, and more with
AWS Training in Bangalore

What is the Instance?

An instance is taken as the virtual server helps to run apps on Amazon EC2. It can also be taken as a smaller part of a large computer that has its own network connection, hard drive, operating system, etc. But all these services are virtual only. Practically, you could have multiple tiny computers on a single machine all these machines are named as instances. How are they different from services, let us understand with an example below –

Why should you use AWS EC2?

Would you like to buy your own servers to work independently? If you are the developer then you will buy servers as needed but during scaling up you have to buy some extra storage space or computing resources that could be expensive.

Here, the EC2 web service works wonderfully because you don’t have to worry about these things and you could focus on development work only. So, a fraction of costs is included here to manage the app development and deployment. Doesn’t it sound interesting?

Computing is not limited to a single word but it has a large potential than you can think of. Here, we will discuss the five popular AWS EC2 instance types in detail. Learn more from our AWS Certification online Course

These instances are suitable for applications that require a proper balance of cost and performance. For example, an email system where you need a prompt response and don’t require many resources to respond.

If there are some applications that require a lot of processing then we need compute instances in that case. For example, analyzing data from the available streams like a Twitter stream.

If there is some application that is heavy in nature and requires a lot of RAM space then we need memory instances in that case. For example, if you need multitasking features where a number of processes are running in the background.

If there is some application heavy in size and need a lot of space for storage then we need storage instances in that case. For example, a data control app that is completely based on databases.

If there is some application that requires heavy graphics rendering then we need GPU instances in that case. For example, 3D modeling or other similar projects.

With this tutorial, you have a clear idea of AWS EC2 basics and instance types in detail. Now you have to decide which instance is suitable for your application and how to explore the maximum benefits from it.

Below steps are followed to use AWS EC2 services:

Users should control their AWS account. The security system of AWS EC2 allows users to create groups of instances as per their requirements. Groups can communicate with other groups and also with other groups that have IP subnets.

Depends on the types of applications, resources, and databases, different pricing options are provided by AWS. It helps the user to compute the changes and also they can configure consuming resources.

Amazon EC2 helps the user to create an application with fault-tolerance. EC2 server instances can comprise geographical regions and a remote location as called Availability zones for failure rest and stability. Amazon EC2 service provides tools to developers to program failure tolerance applications and remote themselves from failure situations.

Migration in EC2 service makes user migrate already available applications and also suits for users who have large data to move into EC2.

Some of the features of EC2 as below:

Amazon EC2 helps the user to decrease or increase the computing capacity within minutes not days. Users can add multiple (hundreds or thousands) instance. These instances can be controlled with API and also their applications scale up and down by itself.

Complete instances are controlled by the user. Users can access every instance and can interact with any machine. By using web services APIs, instances can remotely be rebooted.

The user has multiple OS, instance types and software packages. This service allows users to choose configuration settings of CPU, memory, instance storage and the partition of the boot size of OS and application.

Amazon EC2 allows users to replace instance rapidly and provides a reliable environment. This service runs within the infrastructures of the Amazon network and data centers.

Amazon EC2 conjunction with VPC and offers a robust and secure network for all resources. All computed instances can be located within a specified IP range in the VPC.

This service is more financial friendly and users can pay low rates for the compute capacity of their consumption.

Steps to use Amazon EC2 service 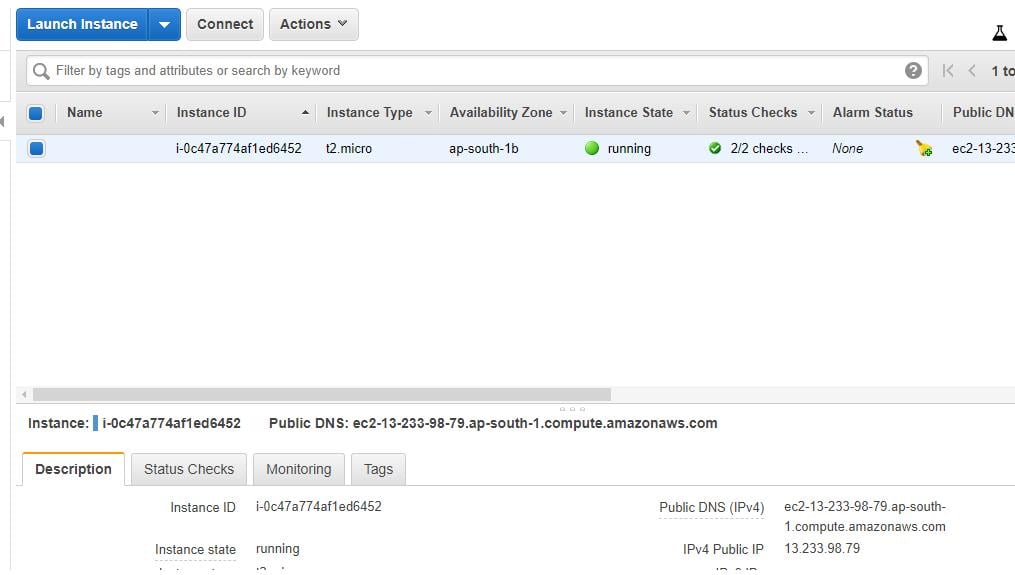