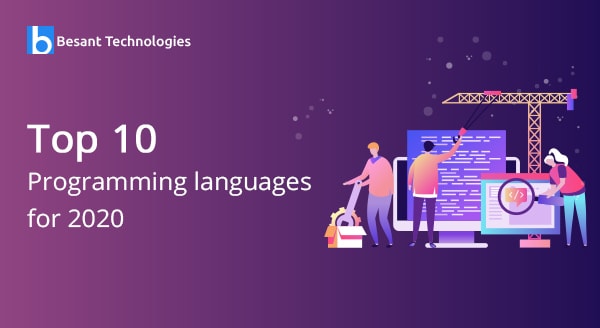 Top 10 Programming Languages to learn in 2021

Here is a list of top 10 Programming Languages for 2021 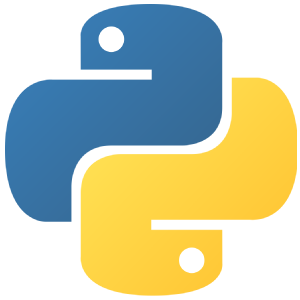 It is one of the rapidly growing Programming Languages. It has experienced a fortunate span of 20+ years.

This success tells that Python has a promising future in the Programming Languages world in 2021.

Python has always been the number one choice for development plans. It has large programming community group support forums as well. You might face issues writing the Python program. Posting right to the python programming community will get you the help you longed for. Not only that, you will be let known of many fresh ideas regarding technology and upcoming versions of Python Programming in 2021.

You can do anything with Python programming. There are many technologies coming in 2021 that rely on Python Programming. Artificial Intelligence, Big Data, Networking, Machine Learning are some of these technologies of 2021. YouTube, Instagram, Flipkart are some of the websites developed using Python. Nasa, Google, Red Hat, etc. use powerful features of Python Programming to yield high-quality performance.

The arrival and advancement of Information Technology in 2021 demand a lot from programmers.

Due to this, opportunities in Python programming careers have grown. Organizations are offering high salaries expert candidates of Python Programming skills. Salaries for Python Programming Job Profiles range from ₹336k per year to ₹816,147k per year. Without a doubt, with experience and excellent skills in this Programming Language, your salary package has no limit. 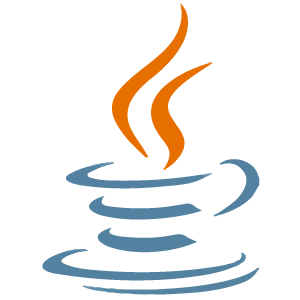 Many of the Programming Languages are developing and incorporating changes in order to compete with Java.

Java is the deemed Programming Language and is not going to drop overnight. It has maintained a legacy of 10 to 15 years and will continue to do so in 2021.

When it comes to a Programming Language, you have to be up to date to keep up with your skills.

Digital India is one of the Government projects without question investing in Java Programming Experts. They have given rise to the solid demand for Programmers in Java for almost every organization going digital.

Information Technology industry in India provides a lot of opportunities in Java Programming job profile. This is because every now and then there is an increase in startups. Many companies are setting up their research development hubs in India in 2021. They are not hesitant to utilize the skill sets of experienced Java Programming professionals. With this summary, the scope for Java Programmers in 2021 is on the rise.

The standard salary for a Java Programmer is ₹391,797 per year. People with experience of more than 10 years in Java Programming have been earning more.

The experience very much dominates income for Java Programming job profiles. Java Programmer Salary in India will be the most gainful in the field of computer and Internet networking industry in 2021. 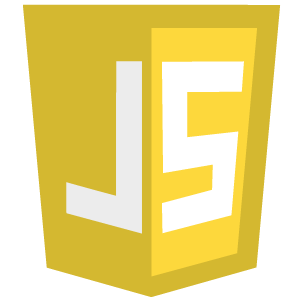 Its use in dynamic web page development is also very common. Invented in 1995, it has a huge scope in 2021. More or less all the browsers have support for JavaScript Programming Language. This is because it is the only Programming Language that makes it possible to create more dynamic co

Indeed it has a bright future ahead.

JavaScript Programming is almost used everywhere on the Internet. It is to web developers what Oxygen is to Human Beings. Microsoft’s browser, Firefox, Netscape, etc. are some of the browsers using JavaScript. It is also used in building websites and web applications. Gaming, Internet of Things and Machine Learning, etc. have welcomed JavaScript’s presence.

The average salary of an experienced Developer in JavaScript Programming is ₹4.25 lakhs per year in India.

There is no doubt that it will remain the chief language of the web development field. It will keep up with being a favored choice for applications on the server-side in 2021 as well. 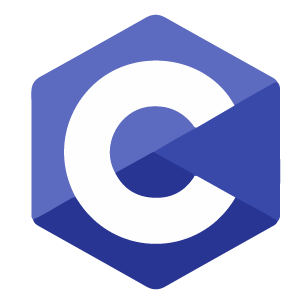 There are dazzling possibilities and many routes in C/C++ Programming Language. It is going to pave the way for a successful future in programming for those who have extensive knowledge.

Almost every professional is familiar with C/C++ Programming Language today. Especially if you are coming from a Computer Science background.

Those with non-technical backgrounds have also heard of these Programming Languages.

Many famous Programming Languages such as Golang and Swift have been written in C/C++.

Some of the future applications of C/C++ Programming Languages are in the fields of astronomy, finance, accounting, and bioinformatics. By now, you are awake to the diverse avenues of the C/C++ Programming Language. In today’s industrial framework, freshers don’t plan to make a career in C/C++. C/C++ has been considered as an archaic concept. However, many new technologies and frameworks are emanating that use C/C++ as a key or at least supporting language.

The salary scale of a C/C++ programmer ranges from ₹2 lakhs to ₹30 lakhs per year in India. Chances of being hired by MNCs increase for C/C++ experts.

Click Here – To Become a C and C++ Certified Expert 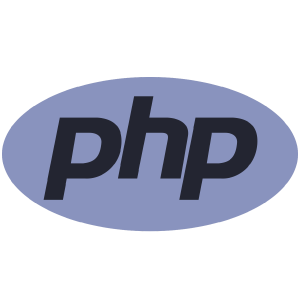 After Mark Zuckerburg developed Facebook using PHP, it became a trend. But that is not the only thing making it one of the top 5 Programming Languages.

Primarily, PHP is a without a doubt very fine language. Have you observed that almost all websites are using PHP?

With Web development on the rise, you can easily find small or big web development companies. But one big edge PHP Developers have over others in the programming field, PHP is very easy to understand.

If you are an expert in PHP, you can opt for freelancing projects. It allows you to earn handsome income without actually working in a 9 to 5 job.

As you gain more experience in this field, your demand increases with MNCs as well. PHP is one of the quick-growing web development technologies. But it is important to have up to date knowledge with familiarity with other technologies to reap the full benefits.

As of PHP professional, you can earn $86,616 per annum. As your experience increases in this Programming Language, your salary package also increases. Without experience, you can expect a salary of ₹83,000 but after 3 years of experience. 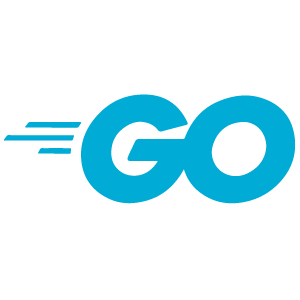 You will not find many programmers talking about Go but it’s demand in 2021 and in the future to come is going to increase.

Since 2017 it is already going up with demand. Google is making Golang a primary language for upcoming projects.

Internet of Things or IoT is one of the major technologies in demand in 2021. Google Go plays the lead role in the development of IoT platforms. InBuilt concurrency, platform compatibility, full hardware utilization are some other important features of Go Programming Language.

There are a number of applications utilizing traits of Golang Programming Language. It is used in distributed networks, complicated back-end technologies, cloud services, etc. Companies such as Google, Twitch, Uber, SendGrid, DailyMotion, Fabric, etc. have developed many applications and APIs, etc. using Golang. Go really shines in the applications of concurrent systems.

Golang is considered a highly paid Programming Language. It has an average payment level of $110,000. Salary also depends on a number of other factors such as experience, level of understanding, etc. The average salary of a Go developer is ₹7,01163. 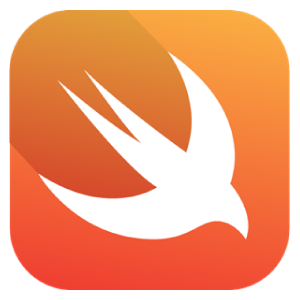 Swift programming is mainly used in iOS development. This Programming Language can be used easily in any interface because it is an open-source language. Apple devices have a huge demand in the market.

Due to which Swift Programming Language is also high in demand. In iOS application development, Swift is used more than Objective C. iPhone, iPad, Mac OS, TvOS depend highly on Swift programming.

Unlike Objective C, it has no dependencies. It has a multi-paradigm approach. It can also deal with different types of domains. A decade of advancements has allowed Swift to be more expressive with modern enhancements.

According to Tim Cook, Swift has been referred to as “Next big PL”

Cocoa and Cocoa Touch frameworks of Apple rely on Swift programming. Many top companies have started using Swift Programming Language as a means of product development. Uber, Lyft, LinkedIn, Airbnb are some of these companies.

Swift Programming Language programmers can earn ₹4,82,842/- per year. The average salary of an iOS developer is ₹3.9 lakh per year. 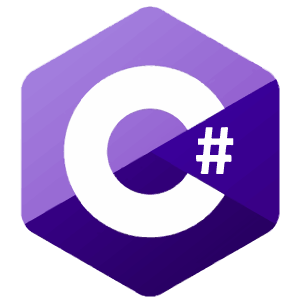 Developed by Microsoft, C# is the number one choice for those interested in GUI development. It is the Programming Language for the .Net framework. C# is also used highly in gaming consoles development.

Single Page Applications is another area .Net developers are investing in. C# supports single-page applications. Overall, the C# Programming Language is a very powerful language for any operating system.

It has full support for Object-Oriented Programming features. Strong typing is also one of the features of these Programming Languages. 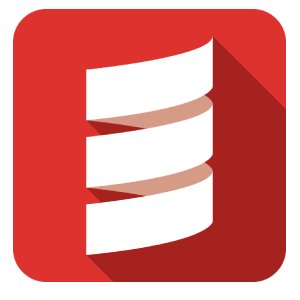 Scala is also seen as an attempt to create a “better Java”. As its name (Scalable Language) suggests it is always ready to grow.

Scala Programming avoids an explanation of things a compiler can automatically infer. On a large scale, it is used in Machine Learning also. It is used to develop algorithms of a high level. There is a huge demand for Scala Programmers and there are not many Scala programmers. For those interested in big data and data science, Scala will open many doors.

Meetup, Gilt, New York Times, SoundCloud, The Swiss Bank UBS, and many other companies use Scala Programming to develop their applications. It is also used in analytics or machine learning engines. It has also been used in Android Programming.

The average salary of a Scala Developer is ₹624k per year. Learning Scala programming is considered a little hard but it is worth the investment in the long run. 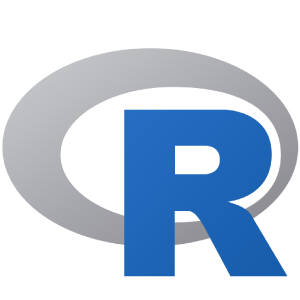 Machine learning, data analysis, statistics are some of the fields where R Programming Language is widely used. Python Programming offers a very general approach to the field of data science.

R is more specific and its main focus is on statistical analysis. The future scope of R is bright when it comes to Programming Languages. It is used by Data Miners and since it is also open-source anyone can easily download and check the source code. Adding new features and fixing old bugs is also very simple and easy in R programming.

Its platform independence makes it usable on all the operating systems. It also allows integration with other Programming Languages such as C/C++. There are a few of the many features of R programming and a reason for its ongoing demand in the market.

The average salary for R programming is $56,385

Salary depends on your skills and the kind of knowledge you have with R programming. If you want a good salary package with R programming, it is recommended to have knowledge of Data Science too. A data analyst can easily earn ₹4,79,396 and with experience and knowledge, your salary can range up to ₹7,82,903 per year.

Click Here – To Become a R Programming Certified Expert
Next