Home Blogs What’s the difference between Scripting and Programming Languages? 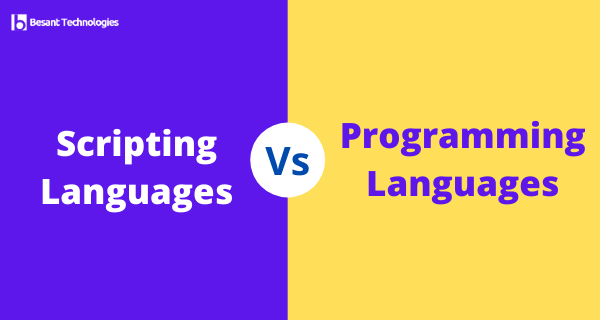 What’s the difference between Scripting and Programming Languages?

What is a Scripting language?

A scripting language is a general-purpose procedural language that directs interaction with the microprocessor and computer resources, but it runs a set of commands in a preset environment, e.g. JavaScript in a browser environment, BASH on a Linux command prompt, Perl, PHP in their own environments and so on.

What is a Programming language?

A programming language usually refers to a language that is used to program a computer itself, i.e. send a set of instructions to the microprocessor to make it do numerous things, interact with the memory and other system resources.

The no. of instructions that are used to execute an algorithm over the system. Basically, there are two types: procedural and oops.(c,c++, java, PHP, c#)

In a programming language, you can do anything which a computer allows you to do.

Difference between Scripting and Programming Language?