Home Blogs General What is so Interesting in PERL??? 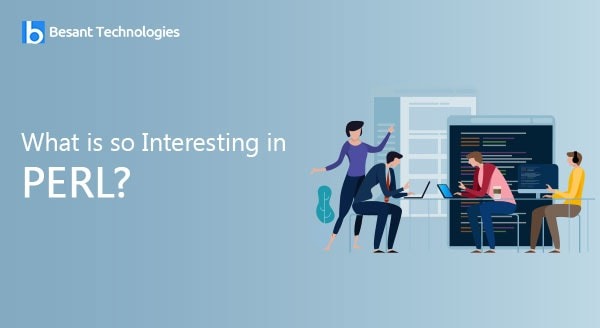 What is so Interesting in PERL???

A high level programming language designed especially for text processing including system administration, network programming, GUI development and more. The name is expanded as practical extraction and report language. The language is intended to be practical, easy to use, efficient, and complete and supports both procedural and object-oriented programming. For beginners to help them understand prior exposure to C programming and UNIX shell. It provide powerful text processing facilities and also Perl borrow features from other languages

PERL works with HTML, XML and other mark-up languages and it can be easily installed in Unix OS and MAC OS. It is also one of the popular languages and it has regular Expression, flexibility, portability. It gives the best performance when compared to all other languages. They are automatic memory management, dynamic typing, introspection, etc. Without a compilation stage and intermediate representation Perl can able to interpret language (which means that code can run as it is). Perl has many features that ease the task of the programmer at the expense of greater CPU and memory

Perl in combination with C provides portability and standardness. Ability to replace even core functions with our own functionality when used along with Python. With JavaScript calling methods and accessors indirectly through a variable can be done.

State of onion is the name for wall’s yearly keynote –style summaries on the progress of Perl and its community.

Perl has been referred to as “line noise” by some programmers who claim its syntax makes it a write only language. It can be avoided by coding with proper care. A number of tools are being used such as Active Perl, Apache mod perl.

Besant Technologies offer the PERL Training in Chennai for all the students and corporate members. With the progress in this course students can develop skills. Besant Technologies select best experts to deliver the courses and offer live projects. Thus to conclude with Besant technologies is the apt centre for learning Perl. Join us to learn Perl from experienced professionals. Get trained in Perl language to become an expert.