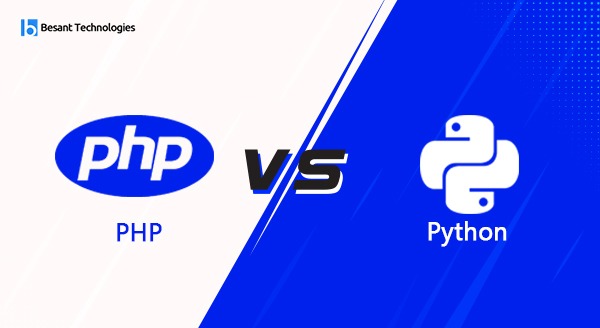 High-level programming languages – The two most prevalent ones are Python and PHP. PHP a conventional server-side scripting language, whereas Python is cherished for the simplicity, availability, and dynamics. Regardless of their nearly matching fame among programmers, these two languages have numerous particulars and variances.

One of the most requested It programming skill is Backend Development. A mobile application or solid web application is a requirement for any established company or a startup which is launched today. Be it a webpage or mobile app, both have a backend server connection to its server. This tells us the market value and sought-after demand for Backend development in any business, therefore we are ready to give a load of money to the programmers who are into backend scripting.

Backend programming languages like JavaScript, Python, Perl, PHP,.Net, Ruby and many more are evolving in the IT Market.

Although for a rookie or fresher, it is generally a dilemma as to which programing language to learn for Backend development; because the market today has several backend programming languages that provide many features, frameworks, and libraries. It is difficult to pick one of the many web-based programming skills to practice. However, below let try to decompose two major scripting languages (PHP and Python) across all its attributes.

Python is a programming language that is highly capitalizing on the object-oriented development environment. This is data structures based and along with dynamic binding and typing, it serves the perfect essence and option for swift application development. Python emphasizes the reusability of codes and modular programming, which is a possibility because it has a provision of packages and Modules.

As we need a much lesser amount of codes, it is largely regarded among the rapid backend programming languages. Python pushes its prime features ash simplicity and clear readability, which will be an ideal option for any entry level programmer.

In the final half of the 1980s, Python was originated and invented by Guido Van Rossum, who hailed from the Netherlands. Although the real applications started only by 1989 – December. The Initial version was issued by its inventor in 1990 as a Python version (0.9.0). A generic – multipurpose interactive programming language called ABC is the base of Python’s creation. Although today, Python has a dedicated development team at its core, Guido Van Rossum still plays a key role in steering the development

Hypertext Pre-processor is what PHP abbreviates. As a server-side programming language or sometimes referred to as scripting language, It is broadly used to create a dynamic prolific webpage/website or web-based app. It can easily blend well with most if the web-based servers across all operating systems.

PHP gives a tough fight to its contemporary Microsoft’s ASP, as it is free – opensource and highly resourceful. Any non-programmers can effortlessly equip themselves with PHP, to effectively administer their websites and it becomes valuable.

It was initially called as the Perl hack in 1995 by Rasmus Lerdorf, later it was revised in 1997 by Zeev Suraski and Gutmans as PHP v2.0 with a new passer engine. This revision reformed the scripting language as Server-side programing language. Further in 1998, with the launch of PHP v3.0 along with the feature of ODBC (Open Database Connectivity) multiplatform support and mail protocols addition. Then came version 4 of PHP, launching in the year 2000, which has become a distinct node of the web server which supplemented its efficiency.

Difference Between Python Vs PHP

PHP Vs Python: What to pick?

The question of Python vs PHP is being run for many years now, in spite of the dissimilarities amongst the languages with different scopes of applications, syntax variations and lucidity in these scripting languages., Nonetheless, possess many similarities.

They are both very easy to learn and utilize, with comprehensive documentation, feature great libraries and finally have a huge user base and communities.

Despite all the predicament to choose the superlative between the two, it boils down to the requirement of the development, use cases, and application features. If one just needs to create a conventional website or web base application, PHP will be more than good to achieve it. On the other hand, if one requires an ideal scripting tool in the creation of intricate and elastic products, software or nay package, one is advised to operate with the general-purpose programming language Python.