Home Blogs Java vs Python in 2021 Detail Comparison – Which One to Choose? 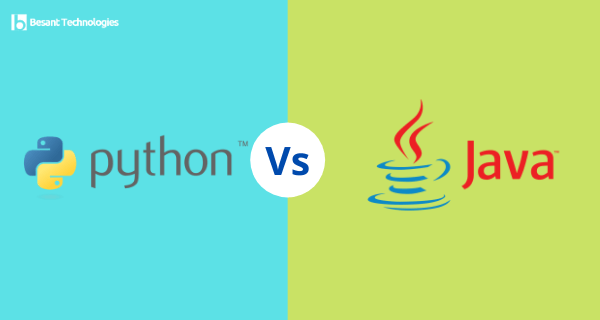 Java vs Python in 2021 Detail Comparison – Which One to Choose?

Java is a programming language that is aimed at the creation of web applications and software. Because of its stability, major software firms are using it. It’s not that hard to learn Java, and it’s a really common language for programming.

The list of top popular websites and apps built by java is here:

Python is one of the best languages in 2021 because it is easy to learn because of its readability. And it’s also a free, top open-source programming language in 2021.

The list of top popular websites and apps built by python is here:

Java’s fixed typing comes in handy while scaling the system in terms of adding more features (lines of code). Java is a more lengthy language with tough rules and restrictions of coding and also contains a type of security system that produces exceptional errors at runtime.

Python is a dynamically organized OOP language. This characteristic does not suit well when the team grows or the lines of code increase significantly, as developers find more runtime errors.

There is a huge difference in coding and syntax methods in both programming languages. In Python, you need to write a single-line code to print alphanumeric words.

Example: Code is written in Python

In this example, you can see how it’s too easy to write and execute a program in Python without adding extra lines of code.

In Java, the coding structure is opposite to the python programming language. In the given example you see we need to write or type extra lines or codes to run and execute a program or a task.

After seeing the coding and learning difficulties in java language we can say that Python is easy to learn and execute a program.

Java and Python both languages having more than 10,000 users working together on more than 2.5 million repositories on Github social media app. Based on GitHub’s 2021 universe report, Python and Java are the top, second and third most used languages on Github.

On Stack Overflow community-based social apps, the phrases “Java” and “Python” are tagged in more than two million questions, illustrating extremely strong and active organizations for both languages.

Python and Java both have strong offline presences and highly demanded skills too. There are many Java User Groups and Python User Groups where all senior and junior developers can meet and work on the same language, share its resources and solutions and discuss the news of the latest and greatest development.

Jobs and Salaries: Java vs Python 2021

Nowadays, many top software companies are using Java for their large application or enterprise-level solutions. Java is also widely adopted by Android applications so it’s high in demand in the employment market. Many top MNC companies like Uber, TCS, Twitter, Amazon, eBay, Linkedin, and many others use Java in their IT tech batch. It’s easy to find a job as a Java developer in India. Web development in python language is also a demanding job because it is obtained by many startups for creating web and mobile applications. Fortunately, you have many job opportunities to enter various application areas of the Python web developer career.

Click Here – To Become a Master in Java
Next