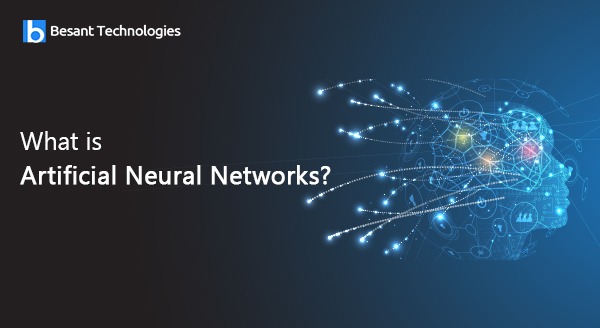 What is Neural Networks?

Neural, the word reminds nerves or nervous system. Neural is like a slang language word that points to the nervous systems and its explanatory details. The word origins at biology, especially with zoology. But the machine learning has borrowed this word to develop a new technology Artificial Intelligence (AI), where the neural networks sit as the basic foundation.

How Neural Networks is connected to Artificial Intelligence?

Overview of the Nervous System

Example: You are in a park in late evening spring, the sun is about to set; it is getting darker. Your eyes receive a stimulus, i.e, there is no more sunlight, neurons from the eyes take them to the brain. The brain reads this sensory input, analyses the inputs, gives back a result stating that the sunlight is gone because it is late evening and it is getting dark for the night and the sun will set in the west soon.

And the above process is called stimulation reaction. Sometimes, your stimuli can be rapid and wild too.

Example: If you bring your finger near to a candle fire accidentally, you withdraw it immediately when the heat burns your finger skin. The action of withdrawal is the message sent by your brain. You react only what your brain tells you to do. This all happens in a fraction of milliseconds. If it is not happening in seconds, then my friend, you have got some health problems, better it is time you paid a doctor visit.

Mapping them with Artificial Intelligence (AI)

Technology advancement in the AI and robotics field has brought many miracles to the world. AI has made possible many automobile industries to go beyond the visionary of mankind. Also performing surgeries with robots is a high-tech trend that makes errors to 0.0000001% chance.

Artificial Intelligence foundation is from machine learning, deep learning, and neural networks. Before we get into deep detailing of this, let us understand the terms and definitions of the above.

An artificial way of representing a human brain prototype using neurons and weighted edges(synapses). This is like a graph of neurons inside a computer. It will be like a layer of neurons.

It is a sub-category of machine learning. Machine learning is a broad category and deep learning has a specific laser beam focused on one kind of pattern which can be defined based upon the user.

Structure and Process of Neural Network

Have you seen a picture of the nervous system of humans? It looks like some big junks of threads are all connected, tangled and knotted at random places. The neural network in a computer also resembles the same. Neurons, both input and output will be connected via nodes or also called as weighted synaptic edges.

Neural networks are made up of connections. An output from one neuron will be given as input to another neuron through these established connections. They are also called weights. These connections or weights will act as the firing station to transfer the data through the entire neural network. 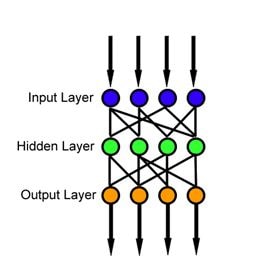 The hidden layer is present between the input and output layer of the neural network. We do not see the hidden layer, and that is why it is called so. When your brain processes the information carried by the neurons, there is an amount of activity which happens cannot be seen or felt. This logic applies to the hidden layer as well. The processing of the inputs is the role of the hidden layer. It can be more than one or two depending upon the learning you choose.

An Example with function

The outcome of learning of the neural network is to map the input to output. For example, you have a function to perform with a neural network where your desired output is, it has to detect a face and unlock a door. So in this case when you write a propagation function for this you will begin by listing out the input needs to feed, the process needs to take place in the hidden layers, desired output, and to check if the output is close to the relevancy.

X is an input data and Y is the output data. So the function you write is (moderately) f(x)=y, now the neural network somehow maps and relate x with y. Correlation or causation will be considered as the primary process that is relating the x and y inside the neural network. The system understands that x and y are related somehow. It is trying to present the degree of their relationship.

What can you do with a neural network in real life?

The neural network learning algorithm can be classified 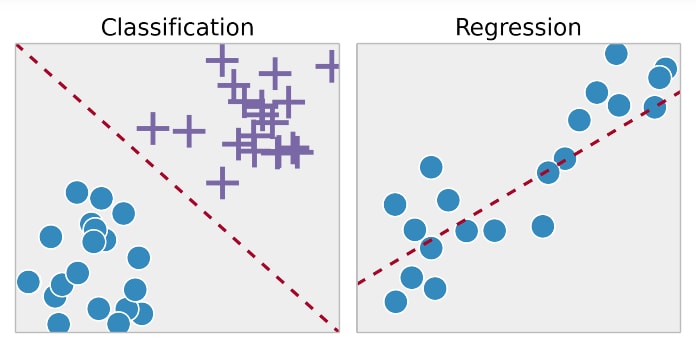 Classification is when you want to map the specific set of input to that of labeled outputs. If the output is a continuous path, it is classified into regression. Supervised learning context happens in under either of one these. The types of algorithms,

It is the opposite of supervised learning. No monitoring or supervision takes place. And also there is no labeled set of outputs. The end goal of this kind of learning to infer the nature of the structure of the inputs sent. 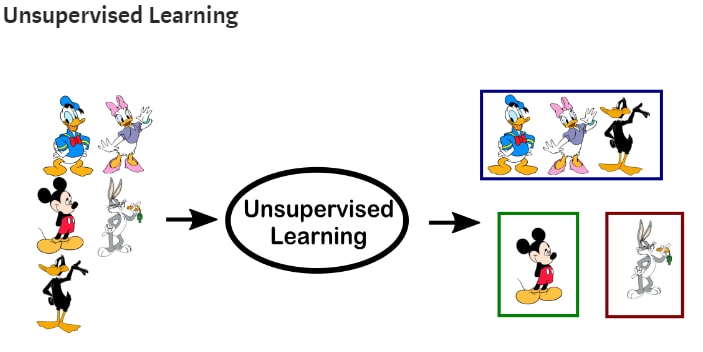 The goal of unsupervised learning is explained very clearly in the above picture. The inputs are of different animation cartoon characters. When they are fed through the system, it understands the nature of the inputs and has simply grouped them based on the nature of inputs that are closely related.

The right word is clustering (grouping and categorizing them). The algorithm for unsupervised learning would be clustering them. The following are the operations carried out,

A common use-case of the unsupervised learning

Unsupervised learning makes easy to structure your data. And this process of structuring the data is named as Exploratory Analysis. Let us say that you have a group of employees details and trying to find a common trend among them, but don’t know where to start or end. But the unsupervised learning can cluster them, study a representation within them and finally provide you with the estimation of the structural nature of the data provided. The real-time example of this would be useful in automation or programmed marketing.

In the learning representation step, we want to learn more about the relationship between the features of the input. Sometimes the latent features will be missed out while we try to find trend manually, but in the dimensionality reduction, the neural network, allows you to represent the data with fewer columns or features by interrelating the initial features with latent features. It reduces the redundancy level.

In my opinion, the neural network is over-hyped at the moment, but it doesn’t mean it cannot get to the hall of fame. Machine learning is the new hero in every town and it is like a renaissance era brought back.

Data science needs to be understood more in-depth to clearly mark the places where need the soft nudge and wild force to push for purposeful innovations. One of the greatest times of machine learning cool features is used in digital marketing under social listening. Machine learning is implemented in the marketing tools where one can identify what people are talking about your brand when you are not online.

And I know that it is like peeking a little into a user’s privacy and that is why I used the term machine-renaissance. Let us see what is in the closet from the artificial intelligence domain in the next decade.