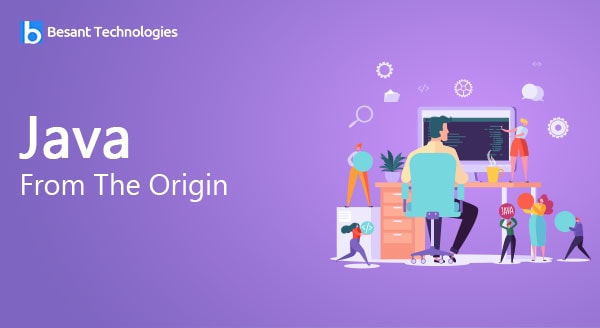 Java: From The Origin

Initially the java is called as oak technology. Oak is already a registered keyword to get the trademark. so, the gang of three went out to the local cafe to discuss names and wound up naming it Java.

Java was originally designed to interactive with Television in the 1990s, but the digital cable industry people didn’t know about how to handle the java.

But in recent days, about 3 billion mobile phones are working in Java, as well as 125 million TV sets and each Blu-Ray player

Java is available on 30+ languages.

Java is continually ranked first in the rankings of software developers as the best choice of programming languages.

Programmers enjoy programming in Java and are usually amazed at how quickly they can get results with it.

Currently many applications are using java.so the fresher’s getting interest on java

The median salary for a Java developer in the U.S. is $83,975. There are 9 million Java developers worldwide.
Nearly nine of every 10 computers in the U.S. run Java, and 97% of enterprise desktops run the language.
Java is ranked #2 in popularity among programming languages, according to Tiobe.com. The language C is #1

We are train the student based on corporate levels.We are giving the projects to the students after completing every session.Nearly 2500+ students started career at Besant Technologies and entered into MNC’s in Java Technology.We are the best Java Training in Chennai with 100% placement assistance

Wipro Salary for Fresher’s: What You Need To Know If you are a...

This Full Stack Developer course syllabus is designed to give you an essence...

This Digital Marketing Course Syllabus will help you to get in-depth Practical Knowledge...

This advanced Excel course syllabus is designed for the intermediate Excel user who...

Our Tableau course syllabus will help you to become master in Business Intelligence...

Besant's Tally course syllabus is framed by Tally certified experts which will help...