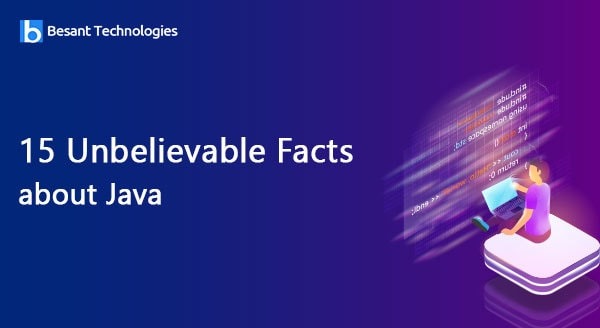 Check out Some Interesting Facts about Java.

The original name for Java was said to be Oak, named by the Java legend. Later the name was changed to Java by Sun’s marketing department. The reason behind this that there was already a computer company with registered name Oak.

It was an accident

Most Popular Language after C

Java among the Organizations

About 95% of the organizations are using Java than other programming languages. Knowing the fact Java Training in Chennai is also getting more spotlights.

The Combo of Android & Java

There is no printf function in Java. But it was there which was then fixed in Java 5 edition.

Some of the popular apps that run on Java include Google Maps, Skype and the famous game app Angry Birds.

The immensely popular programming language is used in different platforms like education, embedded system, application programming and more. The main advantage of Java is making it easy to use across numerous settings.

Go from Basic to Advanced level

Before learning the advanced level of Java, it is important to proceed from core Java. A proper Java Training involves all these basic concepts of core Java that makes you master the language.